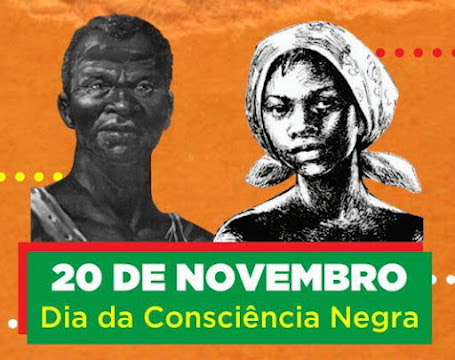 With an estimated number of 120 million Afro-Brazilians, more people of African descent live in Brazil than in any country in the world besides Nigeria, which has a population of about 220.8 million. November 20 is commemorated as Zumbi Day or Black Awareness Day. An iconic figure in Afro-Brazilian culture, Zumbi dos Palmares is considered to be a symbol of resistance to slavery and quest for emancipation, and the leader of the most successful quilombo in the history of Brazil. Still today, Zumbi and his wife Dandara remain a source of inspiration and strength for Brazil’s large Afro-Brazilian population, who are the most oppressed people in Brazil.

The African Diaspora in Brazil

Even though the indigenous or autochthonous on every continent were Black people, the legacy of colonialism, slavery, imperialism, and neo-colonialism has also resulted in an African Diaspora that spans the globe.

With an estimated number of 120 million Afro-Brazilians, more people of African descent live in Brazil than in any country in the world besides Nigeria, which has a population of about 220.8 million.

Of Brazil’s 215 million inhabitants, over half (56 percent) are Afro-Brazilian.

Few people know the true history of the abolition of slavery in Brazil. In popular imagination, Lady Bountiful "freed" the enslaved persons and the same myth is peddled in official history.

Brazil was the last country in the Western world to abolish the enslavement of human beings in 1888. Contrary to what is commonly believed, the end of slavery in Brazil was not a concession of the empire; it was a right won by the struggle of enslaved Black people.

The Lei Áurea (Golden Law in English), signed on May 13, 1888, freed only about 5% of the enslaved population. The others gained their freedom through escapes and the formation of quilombos, which were settlements set up to ensure freedom and resistance; or the organisation of brotherhoods to buy letters of emancipation.

Brazil was built on the enslavement of indigenous peoples and millions of Africans. Of the 12 million Africans brought to the New World, almost half, 5.5 million people were forcibly taken from the Bight of Benin or Central Africa to Brazil as early as 1540 and until the 1860s. Slavery in Brazil, like in other parts of the Americas, was brutal and horrific. Despite that, the belief that slavery in Brazil was less cruel than elsewhere still persists today.

For over three centuries, millions of Africans abducted from the Lower Congo region of today’s Democratic Republic of the Congo and Angola, and their descendants, were held in captivity throughout the Americas and forced to provide the labour that would generate vast fortunes for their captors.

Yet in each of these places existed Quilombos which were settlements founded by Africans who resisted the slavery regime that prevailed in Brazil for over 300 years. The largest and most powerful of these was Quilombo dos Palmares, which had a population of 30,000 at its height.

Located between the states of Alagoas and Pernambuco in north-eastern Brazil, Quilombo dos Palmares was founded by Africans in the late 16th century as a resistance to European colonizers and enslavers.

For almost a hundred years, Africans in Quilombo dos Palmares fought against their enslavers, particularly the portuguese who attempted to colonise Brazil. Equipped with effective organizational, military and architectural skills, Quilombo dos Palmares was also surrounded by a high fence made of clay, and palm trees. It had three entrances which were protected by at least two hundred warriors with weapons and ammunition to defeat the colonisers.

Zumbi dos Palmares, a descendant of Imbangala warriors from Angola and a sagacious and skillful military leader was the leader of Quilombo dos Palmares. His wife, Dandara, who was also a fighter and defender of anti-slavery liberation in her own right, was the leader of the female arm of the Palmares army and she helped take care of sick children, the elderly and those injured by the enslavers. For years, Quilombo dos Palmares was defended by Zumbi and Dandara against the military expeditions which intended to bring fugitives back into slavery.

Betrayed by one of his own, Zumbi was captured and beheaded by the portuguese on November 20, 1695.

From resistance from runaways and Quilombos to Black religious associations, to tireless pursuit of enslaved persons for legal freedom, many others, like Zumbi, died in the struggle for the abolition of slavery in Brazil.

Still today, Zumbi and Dandara dos Palmares remain a source of inspiration and a model to Afro-Brazilians. Zumbi’s struggle and history are a significant source of strength and inspiration for the country’s large Afro-Brazilian population, who are the most oppressed people in Brazil.

November 20 is commemorated as Dia da Consciência Negra (Black Awareness Day or Black Consciousness Day in English) in Brazil as a tribute to Zumbi dos Palmares.

An iconic figure in Afro-Brazilian culture, Zumbi dos Palmares is considered to be a symbol of resistance to slavery and quest for emancipation, and the leader of the most successful quilombo in the history of Brazil.

The idea of the celebration was originally envisioned by the Afro-Brazilian poet and researcher Oliveira Silveira (1941-2009). Prior to 1971, the Brazilian government had resolved to celebrate May 13 every year in remembrance of the abolition of slavery in Brazil in 1888. But for Oliveira and many other Afro-Brazilian activists, May 13 was not a day of celebration for Afro-Brazilians.

When slavery was abolished in 1888, rather than experiencing the officially proclaimed jubilation of freedom, enslaved persons faced economic catastrophe. They were simply left to their individual fates, without land, without money and without an education. And that is largely where many of the descendants of enslaved persons still stand today.

In 1978, November 20 was chosen, by various groups of Brazil’s Black Civil Rights organisations collectively known as Movimento Negro Unificado (MNU, or Unified Black Movement in English), to coincide with the date of the assassination of Zumbi dos Palmares on November 20, 1695.

Since the abolition of slavery in 1888, Brazil has failed to deal with the crimes that were perpetrated during the slave trade. And the country’s exclusionary institutions and racist social fabric speak to the persistence of racialised domination to this day. Slavery continues to exist in all kinds of forms and many Afro-Brazilians remain trapped in a cycle of violence and slave labour - legacies of Brazil's slave trade.

It is a sad reality that millions of Afro-Brazilians still live in the same precarious circumstances that their forebears faced 134 years ago. The impoverished favela shacks that populate the outskirts of Brazil's major cities are similar to those of the 19th century and Afro-Brazilians not yet an integral part of Brazilian society.

For Afro-Brazilian youth, Brazil offers no other perspective than the cycle of violence that is rooted in the age of slavery - namely, rebellion against a hostile society and violence against each other.

We Are Stronger Together

Steve Biko (1946 - 1977), the founder of the Black Consciousness Movement and one of the most prominent leaders in the anti-apartheid struggle in South Africa until his assassination in 1977, said something pertinent in “I Write what I Like: A Selection of His Writings”,

We are oppressed because we are Black. We must use that very concept to unite ourselves and to respond as a cohesive group. We must cling to each other with a tenacity that will shock the perpetrators of evil.

Unfortunately, Steve Biko’s words still remain burningly relevant today as they were back then.

Given our diversity, as Black people in Africa and in the Diaspora, we will not always agree on everything. However, there is one thing that unites us all: our shared experience of historical trauma and the psychological, physical, social and cultural consequences of slavery, colonialism, apartheid and neo-colonialism and consequently, our common hope that the future will be better than our past.

Therefore, we must strive to understand each other better, find common ground and overcome the divide and conquer tactics that have been used by the colonisers and oppressors against us for centuries.  #WeAreStrongerTogether

Solidarity with Afro-Brazilian Children: On November 20, 2022, Black Awareness Day in Brazil, we extended a hand of solidarity to Afro-Brazilian children by organising a Child Feeding Programme.
Transatlantic Slave Trade: In an effort to honour the sacrifices made by our forefathers and foremothers who fought so valiantly for the abolition of the Transatlantic Slave Trade (the successful Haitian revolution of 1804 and the countless shipboard insurrections and revolts against enslavement including the Maroons, the Brazilian Quilombolas) and to honour the memory of the millions of unknown souls who suffered, died and whose names are now lost to history, we published a video titled Transatlantic Slave Trade on International Day for the Remembrance of the Slave Trade and its Abolition, August 23, 2019. #WeWillNeverForget
Bunmi Awoyinfa
HOM

While attempting to mitigate the impact of engineered poverty on our beneficiaries through our programmes, we also consider it a matter of social justice to address the root causes of the problems of Africa and propose suitable and efficient solutions.